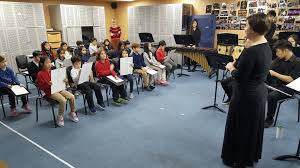 The Boy Had A Tin Ear
Larry thought his second-grade teacher hated him. Ms. Johnson was his music teacher. From his first day of music class, his world seemed to be crumbling around him. He could not, no way understand the music notes that she was making on the blackboard. She had all of these music notes and lines scribbled on the blackboard. Then she would blow into some kind of a little flat round thing that didn’t make any noise. When she did this, the whole class was supposed to begin singing the notes which she had written on the blackboard. This could have just as well been a class in Chinese as far as Larry was concerned, It made no sense at all to him.

As the music class advanced in the days ahead. Ms. Johnson tested everyone’s voices with some kind of a do re mi fa sol la ti do scale. 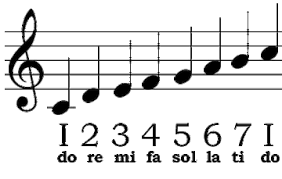 When she got to Larry the poor little guy felt like making a dash for the door. He stood his ground like a real trooper and did he do re mi fa sol la ti do. Ms. Johnson announced you are an alto. That seemed like great news since he do re me for her but Larry had no idea what alto was.The class was lively moving right along and they were going to play music together. So Ms. Johnson was trying to decide which instruments each child would play.

When it come to little Larry’s instrument she decided to have him play the triangle. Larry was proud as punch, he was going to play the triangle in the schools 2nd grade music class. They had not gotten very far into the first little song. Ms. Johnson snatched that triangle right out of Larry’s hands. She took it upon herself to demote him to playing the sticks. Little Larry didn’t know much about music yet, but he was pretty convinced being demoted to sticks on the first day was not good. It meant he would never have a very good chance at a promising music career with that on his resume.