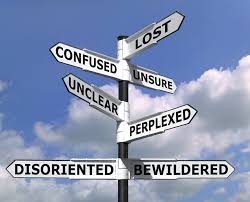 Most of us have had an old handmade sweater start to unravel, or maybe a pair of socks, or a nice old woven rug. Many things in our lives start to unravel. We never think the mind of a spouse will unravel. That is beyond comprehension, as it takes place, you are shocked, in awe at the change but you can do nothing about. It is like slowly sliding down a slippery slope, nothing to hang onto, no end in sight, until the ultimate end. The end of life. One day at a time takes on a whole new meaning. One hour at a time is more appropriate.

This world is in need of extensive research, a cure, and educational material to prepare for the tsunami of dementia problems ready to wash over almost every household in the near future. Senior care will be a nightmare for the blessed ones who will take jobs in that specialized field.

I have included quotes here from a site that I will share with you, the problems are many and mixed, from con artists to estate planners. A whole new field is opening for law firms, courts, and government.

“More than five million Americans have Alzheimer’s, the most well-known form of dementia, which mostly affects older people. But that number is expected to grow as the population ages. By 2050, nearly 16 million Americans could be living with Alzheimer’s if no cure is found, according to health officials.”

“Dementia and Alzheimer’s are slow-moving and can be hard to diagnose. That was a factor in the case of the Ratners after each accused the other of cognitive impairment. In support of Mrs. Ratner, a doctor‘s note was produced, saying her husband was unable to make informed medical and financial decisions. Mr. Ratner, a dentist, obtained a second evaluation from a doctor who said he had the capacity to make his own financial decisions. In court documents, Mr. Ratner charged that his wife had been diagnosed with “probably mild Alzheimer’s” and was being manipulated by his daughters.”

“The case cited by Mr. Ellis is not isolated. State and federal regulators are seeing a dramatic pickup in the number of elderly individuals who have become victims of bogus lotteries, telemarketing scams, investment fraud, identity theft and unscrupulous lending practices.”

“In fact, the elderly are being scammed to the tune of $2.9″ billion a year, according to a 2010 survey from the Metropolitan Life Insurance Co. But that figure, which is based on publicly reported cases, is actually much higher, according to experts.”