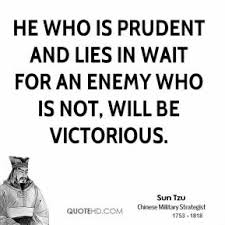 “Houses and riches are the inheritance of fathers: and a prudent wife is from the Lord” (Proverbs 19:14).

Great, independent, prudent women have had a voice and a huge influence on the running of our country from the time it was formed and the Declaration of Independence was signed. Behind many good politicians has been a good woman giving suggestions, sometimes commands, as one would to ox or mule. Prudent women, shrewd in the management of practical affairs, prone to looking to the future, have worked quietly in the background, even as spousal abuse was upheld by many judges in the past.

Women’s suffrage dates back to the late 19th century.The United States gave women equal voting rights in all states when the Nineteenth Amendment was ratified in 1929. Women worked hard for many years to close the gap of equal pay and promotions, commensurate with their male counterparts. This endeavor became known as breaking through the glass ceiling. The first woman to use the concept of the glass ceiling was later popularized at the National Press Club in July 1979. A Conference of the Women’s Institute for Freedom of the Press led by Katherine Lawrence of Hewlett Packard.

The majority of the voters in the United States were expecting to see that glass ceiling shattered, obliterated in the 2016 Presidential Election. A very prudent woman named Hillary Clinton was expected to be elected as the new president. This did not come to pass. That election appears to have been swayed just enough to give the other candidate the votes necessary to win. Hilary being sent to prison was a popular vote changing story. Who would ever vote for a president that should be in prison?

It now seems the election was flipped by false information being spread over the many different social networks on the internet. People have come to believe everything they see and read on social networking sites.

Today the new president used his mighty pen to kill a bill protecting internet user’s privacy. He just turned his back on those internet users who put him in office, a true politician, with a stripe down the back. His pen will now allow those same social networks to monitor everything that a person does while they are surfing on the internet. This should be a very huge money making bonanza for all the businesses that sell products on the internet, and those harvesting private, personal information

They now can keep track of everything you look at and everything you buy. They can find out what your preferences are and they will soon fill your computer screen with offers that will seem impossible to refuse. All you have to do is put all those purchases on credit cards, then make minimum payments for life, or until the economy crashes. The banks will love you for it, they will own your soul though.

This could be the most obvious, blatant political payoff in history! His inflated ego and presidential power, has him thinking like Nixon, voters are stupid.  “You don’t know how to lie. If you can’t lie, you’ll never go anywhere.” —President Richard Nixon,