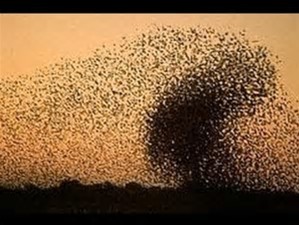 Bats thrive on and love to eat mosquitoes. In these last few years of global warming, some odd things are taking place with mosquito swarms. The caribou are accustomed to living in the far north Tundra Region on the globe. That should be far from any warming that ‘might’ be taking place! Caribou have always had some problems with mosquitoes in summer. Global warming is changing the composition and temperatures of the northern swamp lands. This is creating mosquitoes in masses that are almost unimaginable. Young caribou have been killed by mosquitoes in the tundra areas of the globe.

The world needs to develop a new type of bat, that will thrive in the north. I do not believe bats are accustomed to living very far into the northern hemisphere. They are doing quite well on their own in places like Texas, in the United States, were swarms of bats at night are starting to get a lot of people’s attention. Maybe as global warming progresses, bats will be introduced into the far north, to help fight the mosquito problems that are getting out of hand around the Arctic Circle.

I would love to be an eye witness to a swarm of bats and a swarm of mosquitoes in mortal combat, as they blacken the night skies.The noise would be very loud, high pitched and quite noticeable. With all of the squealing of the bats the buzzing of the mosquitoes, it would almost sound like something from a science fiction presentation.

“Arctic  mosquito swarms are the stuff of legend. Some of them contain hundreds of thousands, if not millions, of insects. That’s enough to harass a pregnant caribou until she stops worrying about food. And it’s enough to kill caribou calves outright.” climate

A warm spell has hit Texas, and it’s triggered restlessness not just among joggers and cyclists. Over in the western part of the state, huge swarms of bats are taking off and chasing bugs in the night sky. These groupings are so large they appear almost like rain storms on Doppler, as recently demonstrated above the cave-dotted savanna of the Edwards Plateau. Texas

2 thoughts on “Mosquitoes and Bats”