The 45th Reconnaissance Squadron’s RC-135 Cobra Ball are brought together on the flight line at Offutt Air Force Base, Nebraska. These aircraft are rarely seen in the same place at the same time due to its worldwide reconnaissance missions. 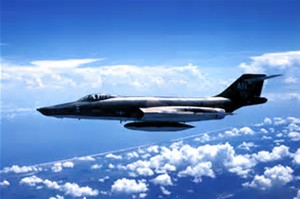 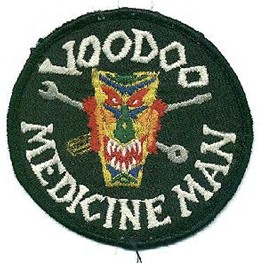 In August 1958, the subsonic Thunder jets were replaced by the supersonic McDonnell RF-101C Voodoo, the first supersonic tactical reconnaissance aircraft in the USAF inventory. In the early 1960s, the United States began to become more and more involved in the ongoing conflict in Vietnam, From its base at Misawa, a detachment of the squadron was ordered to Don Muang RTAFB, Thailand to fly high-speed reconnaissance missions over South Vietnam, in support of the government in Saigon. The detachment remained in Thailand until May 1962 and it returned to Misawa. It returned to Bangkok in November 1962, staying about a month until again returning.

460TRW_TanSon_N1962, another detachment was deployed to Tan Son Nhut AB, near Saigon, South Vietnam. Its mission was to fly intelligence gathering flights. The squadron began rotational TDYs to Tan Son Nhut, which continued until November 1965. When the squadron began operations in Southeast Asia, the missions were initially medium-altitude single-aircraft flights over South Vietnam, although two-ship missions were allocated to particularly well-defended areas.

The unit was re designated the 45th Tactical Reconnaissance Squadron on 1 January 1967. During its nine-year involvement in the Vietnam War, the 45th was involved in most major return to Misawa AB, the squadrons aircraft, now relatively war-weary from nearly a decade of flying combat missions, were retired and the squadron became non-operational. It was inactivated on 31 May 1971.[1]operations of the war. It operated from Udorn RTAFB, Thailand in 1966, then returned to Tan Son Nhut where it operated until withdrawn in December 1970 and returned to Misawa AB as part of the withdraw of United States forces from South Vietnam.[1] The usefulness of the RF-101 to the war effort, was in large part, the reason for the aircraft to remain in the inventory throughout the 1960s.[8] Upon its

For a complete history of the 45 TH.  click on this link. TRS