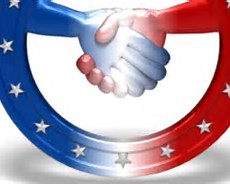 I have heard enough from our new president to be completely and utterly dumbfounded by what he says and does. I did not vote for him but I was ready to give them the benefit of the doubt and support him, because he is now the President of the United States. He deserves the respect of all the people.

When he is talking now, it appears he is only talking to those people who supported him, everyone else is considered the enemy. The Press is also his enemy, he claims they make up false stories and lie about him.

The country is divided right down the middle which was evident by the election results. He has done nothing yet to help close that Gap. It does not appear he is willing to work in a bipartisan fashion. He continues to talk about things as if he is still on the campaign trail. I hope he realizes soon, he is the president of the United States now, he is in charge, the buck stops at his desk.

The United States must be the best country on Earth for taking popularity polls, or to poll anything that can be polled. Somebody with the ability, should take a national poll of all the citizens of the country to see how many are in favor of a bipartisan government. I would hope some of his people would favor working together, making it a huge mandate for changed government.

Working together for the sake of the nation! That poll should be taken “immediately” as an eye opener, for those in Washington DC to get in gear and start working together, instead of playing political games.

The country will stay divided, if unity, tolerance and civility isn’t started in Washington D.C., by every branch of government. STARTING WITH THE EXECUTIVE BRANCH. The president should set an example for the citizens,  even the children.

The people have HEARD enough and had enough BS.

One thought on “Heard Daily Negatives”