I want to post this story about my great grandfather’s funeral that took place near Rocky Mountain House, Alberta Canada in 1925. I recently discovered there are names on the back of the picture. I would be very interested in communicating with any relative of the people who attended Ole’s funeral. 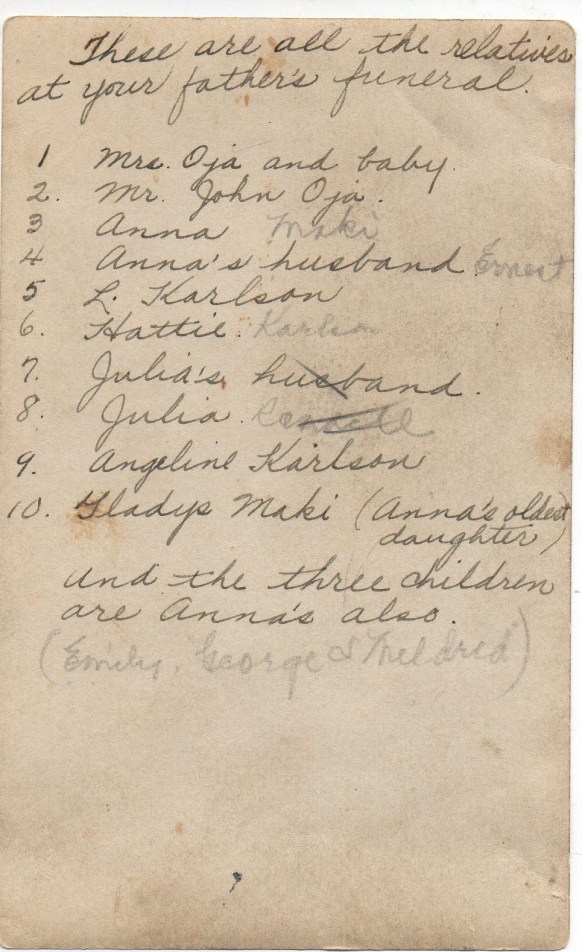 These first pictures show the burial site, a small cemetery used by the early settlers. Eston Hoel was the first one buried there in 1916,  it was named Evergreen Cemetery. The cemetery became vandalized in later years, which I discovered in 1982 when I made a trip to Canada. The early settlers buried at Evergreen Cemetery still are at rest there. Most of the families had new monuments erected at the cemetery located in Rocky Mount House, Alberta. I also enclosed a picture of the new grave marker that was erected in memory of my great-grandfather Ole Olson Hoel and his brother Eston Hoel and his wife Maria. 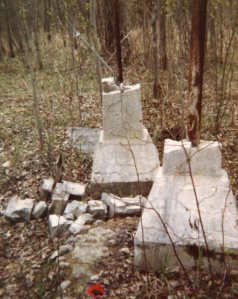 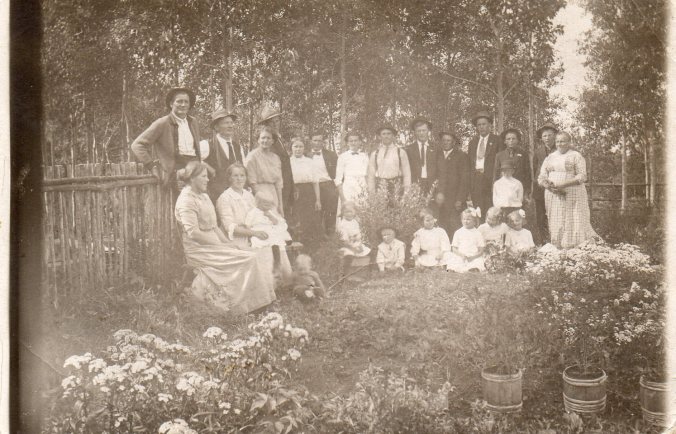 This is after 1916, my great grandfather is the tall man to the left.