Hope Gone On Day One

The world has been watching the United States as it has gone through a very unprecedented presidential election process. It would almost pass as a fictional story in some far-off land, maybe in a different universe.

Hope of a new Washington with lawmakers working together was a hope millions of people were hanging on to. The legislature met for their first day and their actions pretty much obliterated the hope that people had of change taking place.

It appears they are going to continue to act like little kids playing in a sandbox. Name calling, crying, having tantrums and blaming the cat for pooping in the sandbox, when it was really themselves stinking up the place.

The politicians evidently think that the voters don’t pay attention to their actions. I can see no other reason why they still act with no respect for the Democratic process or for the good of the nation and its people.

Hope is all that we have to hang on to in this life. It is starting to look like hope for having a workable government is GONE, out the window blown away with all that hot Potomac air. They absolutely refuse to compromise, that should guarantee the next President will not be a conservative republican or a liberal democrat. 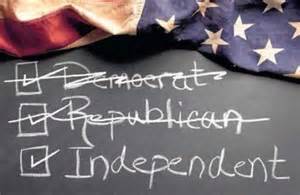 10 thoughts on “Hope Gone On Day One”