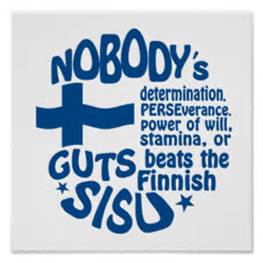 I have a blog site that I call My Mixed Blog. I have written several stories there about a spinal cord injury that I received in 1964. My lower spinal column was fractured and dislocated along with some spinal cord injury. I am now 76 years old, that injury happened when I was 24. I have lived all these years with the usual debilitating problems from the original injury. Plus I have developed syringomyelia and spinal stenosis over that same period of time. I’ve had two different drain shunts put into my spinal cord to drain out excess pressure and fluid, also vertabrate, disc surgery in my neck and treatment for spinal stenosis.

For most of these years I have lived with a repeated, almost daily, unanswered question. How have I survived this long? My answer has always been, through prayer and some very timely intervention with great neurology and orthopedic surgeons and some ‘LUCK’. In 1985 the neurology Dr. I was visiting had no idea why I was becoming paralyzed on my left side. A student Dr. that just happened to be sitting in with him that day, had just studied about a spinal cord condition known as syringomyelia, she told the doctor about it, he’d never heard of it. A week later a shunt was being placed into my spinal cord to drain out excess fluid and pressure.

It is only recently that I’ve come to realize my survival is no doubt connected to my Finnish Heritage. To a powerful, simple, little word called sisu. I believe that Finnish people are truly blessed, to be born with sisu, no doubt other nationalities are also born with sisu. The Finnish people retain the ability to understand the meaning and the workings, of and the power of sisu. I believe each individual has control over how he uses that power in his daily life. One can reach into the soul, down deep, to use that extra strength at the proper time.

I have enclosed a definition of the word Sisu at the bottom of this post, it comes as part of a quote from the Finnlandia University in Hancock, Michigan.

“Our Finnish Heritage”
“A new land, a new start”

“That’s how our Finnish founders felt about relocating to a new country. This same pioneering spirit is still alive today as new lives are forged at Finlandia University.”

“To the Finnish people, sisu has a mystical, almost magical meaning. Sisu is a unique Finnish concept. It is a Finnish term that can be roughly translated into English as strength of will, determination, perseverance, and acting rationally in the face of adversity.

Sisu is not momentary courage, but the ability to sustain that courage. It is a word that cannot be fully translated. It defines the Finnish people and their character. It stands for the philosophy that what must be done will be done, regardless of cost.

Sisu is an inherent characteristic of the Finnish people. You might call it backbone, spunk, stamina, guts, or drive and perseverance. It is a measure of integrity that surpasses the hardship and sees through to the end.”

One thought on “Sisu”