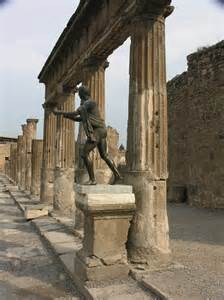 From Pompeii to Pulitzer
I have been feeling really ancient lately. I seem to be doing everything in slow motion. It is an effort to just get out of bed. It is a big effort to get myself dressed another challenge is putting my shoes on. The next effort is taking nourishment to refuel my ancient carcass. Going out of the apartment might be equated to traveling to another universe. Getting back into bed at night should be a slam dunk but it is not, just more effort.

I decided to look up the meaning of ancient, this is what I found, belonging to the very distant past and no longer in existence. I almost did a backflip in my exuberance over the knowledge that I must not be ancient because I still exist. This was a very big day for me, even thought about going jogging, until I woke up.

My connection to the ancient past still haunts me in a positive way. Why? I have to figure out what that connection is. Was I an ancient philosopher in the city of Pompeii? Was I there for the eruption of the volcano in A.D. 79? I couldn’t have been there for that or I would be preserved in part of the ruins of that ancient city.

Maybe I was killed in the volcano in that ancient Roman city and I was reincarnated as a rat. I scurried onto the first Viking ship that docked there and went back to Norway. After other reincarnations in the 1600s. I begin to study writing feverishly. Or did I get scarlet fever trying to write at such a fever pitch! My health was in very serious danger at that time also.

My goal was to become the first recipient of the prestigious Nobel Bloggers Prize.
I’ve been thinking about my serious dilemma all day today. It is no mystery, there should be no wonder or question about my physical condition, for feeling so ancient, I’ve been working on my goal for hundreds of years.
I don’t see an end in sight. I will just have to keep on blogging.