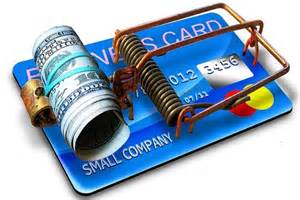 There are actually two categories of lifestyles true and false.

Did you buy a bigger house then your friends Jack and Jill just to keep up with the Joneses? Jack and Jill fell down on their mortgage, that can also happen to you. If you continue to keep remortgaging your house to get spending money you will never have any equity in it. You could end up losing it all. To buy a fancy home with a mortgage payment to large for your income to handle is actually putting your lifestyle into the false category.

In the same respect, if you go out to buy a new automobile and you purchase a luxury automobile to park in your new three-car garage with a boat in one and your SUV in the other. You have three stalls of hefty payments for you to continue making without any problems with employment or income. You might be presenting a false lifestyle.

Do you have a pocket or purse full of maxed out credit cards and you’re making the minimum payment on them? Waiting for tomorrows mail to bring more credit card applications? If you’re living this way you do not have a true lifestyle you have a false lifestyle. You are living in a make-believe, wonderland built on credit. You know you can never live long enough to repay them.

People can easily say, ‘the credit card companies keep sending them out.’ So we use them. Why not? Everybody’s doing it, that is just the point. Soon the vast majority of the people in this country will be living a false lifestyle. They are not what they pretend to be, everything that they do, revolves around more borrowed money. They have become slaves to the lenders and they will stay that way unless some Bankruptcy Court, lets them file bankruptcy for another time.

Many people still have a true lifestyle, they pay off the balance due on all their credit cards at the beginning of each month they didn’t tie themselves up with huge payments for cars, homes, SUV’s, boats or property. They live according to their income and do not put on a show of wealth for the neighbors to covet. They have never tried to keep up with the Joneses, they are just everyday people who want to be free from slavery, not to be saddled with a lifetime of debt.

It is only a matter of time in this country until the majority of the people have come to the conclusion they have so much debt now there is no way of repaying it, so they may as well just keep on borrowing more and going deeper into debt. The lenders seem to be greedy enough to just keep loaning out more money, handing out more credit cards until the big greed bubble busts.

The economy of the country will collapse, inflation will be like it’s been in the Third World countries where you’ll need sacks full of money to do anything or to buy anything. All of this debt that has been accumulated didn’t have to be, it is like a voluntary tax, people are willing to borrow and pay so they can have everything they want right now.