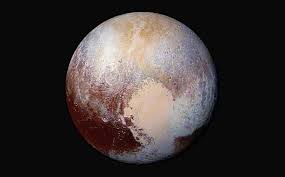 I’m not a rocket scientist, nor am I a hydrologist. I do understand if we don’t start to protect and preserve the water here on planet Earth. Water shortages in time will become a life and death situation, people and most creatures need drinking water to survive. There would only be one alternative, bring water from another planet. This would be very cost prohibitive, bottled water prices might soar into space too.

How could we maintain a fleet of water transports with rockets attached to bring in our water? There is a recently discovered planet named GIZMODO, it is comprised almost completely of water. ‘see attachment’ This would solve our water problems if we solve the transportation problem. There would be one other small problem to overcome, the temperature there is around 450°F. Gizmodo is only 1.3 million miles away, so that is fairly close to our neighborhood when you consider the scope of the complete universe.

“The infamous corporate raider and robber baron of the oil industry, T. Boone Pickens, is leading the charge to unscrupulously enrich himself as he leads the globalist depopulation efforts to create a series of artificially contrived water shortages. Pickens was one of the first to rush to capitalize on the impending water shortage by his insidious acquisition of the largest underground aquifer in the US, the Ogallala Aquifer, containing a quadrillion gallons of water, This massive underground reservoir extends from Texas to South Dakota”

Mr. T Boone Pickens was one of the very first to get the ball rolling on buying up water rights. What he started has caused the largest investors on Wall Street and worldwide speculator to make a mad scramble to invest in water rights. Any time there is a stampede to buy up and control something that drives up the costs. So water shortage, or no water shortage, the actions that are being taken today by the wealthiest investors in the world has created another booming market. Investors again can get richer, quicker, this time by the person just needing a drink of water. Many walk miles to get a drink of dirty water, some people not finding any water simply end up dying from thirst.