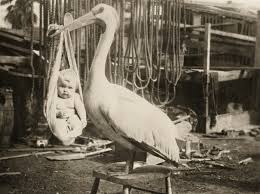 My father was a very outspoken critic of politicians and also religious leaders. He had an uncle with a similar personality, who was confined to a wheelchair. A rickety, uncomfortable looking old wooden wheelchair. I know this is where my father got a lot of his ideas from. His uncle Ole was constantly writing letters to the editor of magazines and newspapers. He read everything he could get his hands on, if he read something that he disagreed with, the editor of that paper or magazine got a letter from him within a few days. This was in the years long before computers were even thought of, postage stamps were a penny. I can imagine what his life would have been like with access to a computer. It would have been like mine today, surprise and awe!

My father, on the other hand, didn’t waste time with pen and paper writing to editors with his critical opinions. Anyone who came to his house got information directly from my dad’s very loud and colorful voice. A very dedicated Lutheran preacher visited him regularly, I could never understand quite why he would put himself through such verbal crucifixions. I came to the conclusion he never got to the Mission Field and the headhunters of New Guinea, visiting my dad made up for it. My father used language that was more foul with more cussing in front of the preacher than he normally did. His language, to say the least, was pretty much constant cussing. He told me many times he did that to put an emphasis on the subject that he was speaking about. He never got a computer but he broadcast his views over the CB Radio for a few years. I thank God they had a very limited broadcasting distance.

I am supposed to be writing an origin story and I thought I would write something about the origin of my very amateur writing style and also write about my blogging days, which started a couple years ago. I also at one time thoroughly enjoyed sharing my opinion with editors of magazines and newspapers. This also was before the computer came onto the scene. I think it is the greatest writing tool man has ever had. I don’t claim to have any special training as far as writing ability and telling a story through the written word. I do enjoy sharing my life experiences on my blog site that I named My Mixed Blog. I believe I named it that for one reason, it is a potpourri of personal and public Ponderings about many different subjects.

I hope to expand my writing abilities and make some attempts at writing flash fiction and possibly short stories. I don’t seem to be a very good planner for my future goals. That is probably partly due to my age, I am now 75 years old. I’m not investing any money in treasury bonds or anything like that. I’m not even ordering many prescription drugs at one time anymore to keep on hand. As we enter into this last chapter of life, our minds start to operate on a different plain.

I try to write with the idea that I’m going to be doing this for several more years. Lately I seem to feel haste, an urgency to write more, thinking this might come to an end very abruptly and I will not be doing any more blogging. I believe blogging is probably one of the greatest things to bring people together on a global scale. There should be many good things start to happen as bloggers instantly share their ideas, their lives, loves, their ambitions and their future goals with people all over the globe. This might be the answer to having a peacefull World some day.

This should shine a little light on my writing origin. I welcome everyone to visit My Mixed Blog. Thank you in advance for visiting.

13 thoughts on “My Writing Origin Story”