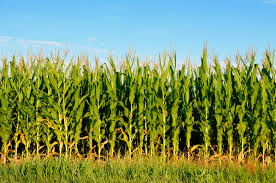 The weather had been perfect for most Iowa farmers. The crops and never looked better, at least for decades. One young farmer came in for lunch and told his wife, “I have never seen the crops flourish like this since we took over the farm from my dad. The corn is seven feet tall and the soybeans are outstanding! It looks to me like we will have what the old-timers called a “Bin Buster” harvest in store for us.

Do you realize I have been driving the same old pickup truck for over 10 years? I’m thinking about getting myself a knew pickup. I do believe that we both deserve to have a new truck. I also want you to plan on taking the kids to the dentist and getting their long-overdue dental work caught up. We have been neglecting to have it done because we just haven’t had the cash to do it. The kids deserve better than that. The young farmer’s wife replied, “I will take the kids to the dentist this fall after the harvest is complete.” “I also remember your dad warning  not to count your chickens before they hatch.” Just because the crops are looking great. That doesn’t mean they will to stay that way. Let’s call off making our new purchases until the fall harvest is over. OK.

The calendar had moved to mid-July. Usually the corn leaves are starting to curl from the extreme heat and hot sunshine. The corn leaves had held their own and pollination was perfect That bumper crop was almost in the bin. Severe thunderstorm warnings were flashing on all of the TV channels during the third week of July. One of the most severe low-pressure areas ever recorded had been slowly moving across Kansas and Nebraska for two days. It was just moving into Iowa with severe thunderstorms 70 MPH winds and huge hailstones, some the size of softballs.

The young Iowa farm couple went to bed after the latest weather news was over. They both decided to say a prayer for that crop that was growing all around them on their Iowa farm. They woke up during the night to the noise of severe wind and hail battering their home, vehicles and all of their buildings. The hailstones were so huge. They were busting out all of the windows on one side of the house. Ice chunks were even tearing the shingles off the roof. They just held held on to each other and their children in the basement until morning. We will get through this one way or the other.

The next morning when they looked outside. There was no crop in the field! It was completely battered into the ground from the severe hailstorm. Dad surely was right when he said, “You never have a crap until it is safely in the grain bin..

When the man working for a paycheck at a factory spends his money, his paycheck turns over seven times within the community. The farmers income also turns over seven times helping everyone in the community to have better lives and a better economy that has been stimulated and continues to grow. When the farmer has no income, he no money to spend, to put into the economy to keep it growing. He must go to the bank and borrow more money to invest in next year’s crop. He has faith and hope that there will be profits from his labors and investment that he can put back into the local economy next year. 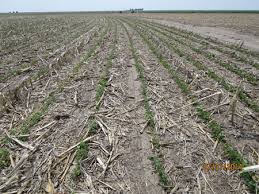