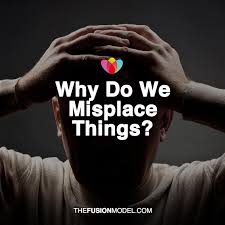 Misplaced describes something that has been mislaid, put in the wrong place. It evidently is something that will be found again. But if something has been lost, there is a fairly good chance it won’t be found again. With that reasoning it must be better if things are just misplaced. It seems to cause some confusion. I know I have misplaced modifiers when I am writing a story, misplaced modifiers is a story by itself.

Being the humble person that I am, I will admit I have not misplaced many things in my days. One time I thought I had misplaced my eyeglasses and I found they were on my head, right where they were supposed to be. So I guess they were not misplaced after all. I just didn’t check to see if they were on my head. I found throughout my whole life it is much better to put everything in a certain place. If you do this, the chances of things being misplaced are reduced considerably. Everything being in its rightful place could eliminate the word misplaced from the dictionary.

My wife on the other hand, refuses to put anything in the same place two times in a row. Why not just keep it simple and use the same place? Consequently, everything she touches and uses ends up becoming misplaced. They are not lost. They just can’t be found because they are put in a different place each time. They might as well be lost for the time spent searching!

If we were to simply put everything in its place as a life goal, we would be able to save countless hours. Trying to track down misplaced items is a killer of useful time.

One thought on “Misplaced= Lost Time”