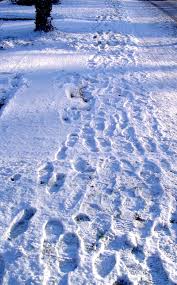 Bill and Myra Sample were sound asleep in their big old three-story house up on the North Side of Chicago. Myra said to Bill, “wake up, wake up” I hear footsteps up on the roof.” Bill kept on snoring away, he couldn’t hear anything without his hearing aids. Myra shook him violently, ‘Somebody is up on the roof,” Bill finally woke up and asked, “what day is it Friday?” Yes, Bill.

Bill told her, “I called the chimney sweep and asked him to come out on Friday night to clean our chimney.” There is a lot of creosote up on top, that he can chip it loose when it is frozen, a real fire hazard. He has a lot lower rate for working at night. “You old tightwad,” we have to sleep too!  Myra said, “there was some freezing rain about an hour ago. At that time, there was a lot of stumbling footstep noises and sliding sounds as the chimney sweep and all his equipment came down quite rapidly from high on the roof. Lucky for him he landed in a deep snowdrift in the front yard, a 911 call was still needed to get him out of the deep snow. The Sample’s front yard was covered with footprints until spring.

One thought on “Footsteps in The Snow”