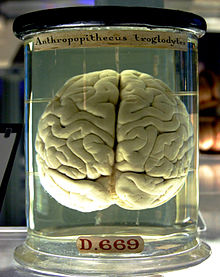 What is a no-brainer? A no-brainer is something that requires little or no thinking. That must include in education, many young people’s minds today. The country seems to have been dumbed down for more than a generation. High schools have become high-tech institutions where our children are supposed to get an education. They have failed miserably by graduating some students who are nearly illiterate. The nation’s school systems have shown everyone that pouring more money into education with computer use has not worked very well. It must be a no-brainer that something is lacking with the students, the teaching staff, the curriculum, or all of the above. The dumbing down of America raises serious questions about the future of the country. Maybe we have become so complacent we are turning ourselves into no-brainers.

The high tech world today produces electronic devices that will do our thinking for us. The demand for devices that require minimum brain use has created a revolution in the electronic industry. Gadgets are being mass-produced at prices that everyone can afford. The no-brainer revolution is finding millions of brains in neutral all over the world. We have Independent, Republican and Democrat law makers in Washington DC. We elected them to serve us all. They have brought a new meaning to the term gridlock, as they refuse to work together. Each one has his own brain, ‘set on one thing; it is going to be my way or no way.’ What if they would actually work together for the good of the country? That should be a no-brainer! They just don’t get it?

Human beings seem to have evolved to a point where it is easier to just kick back and relax when it comes to physical or mental exercise. We choose to let machines control our daily lives by having them do everything for us.The easy way is becoming the only way, that must be a no-brainer too. It is a shocking no-brainer that computer hackers will have the power to wage cyber wars in the future. They plan to be able to bring the most powerful governments to their knees. They can hack into military computers, disrupt power grids, throw the world economy into turmoil, and much more. We live in a world of brains and no-brainers

We now have a world of extreme opposites when it comes to dealing with the mind. Leaders who are high tech geniuses with brains running at warp speed, do the thinking for the people who prefer snail speed brain use.
This link lists some real brain power. http://www.itbusiness.ca/news/twenty-tech-geniuses-that-changed-the-world/2241

5 thoughts on “A No-Brainer”